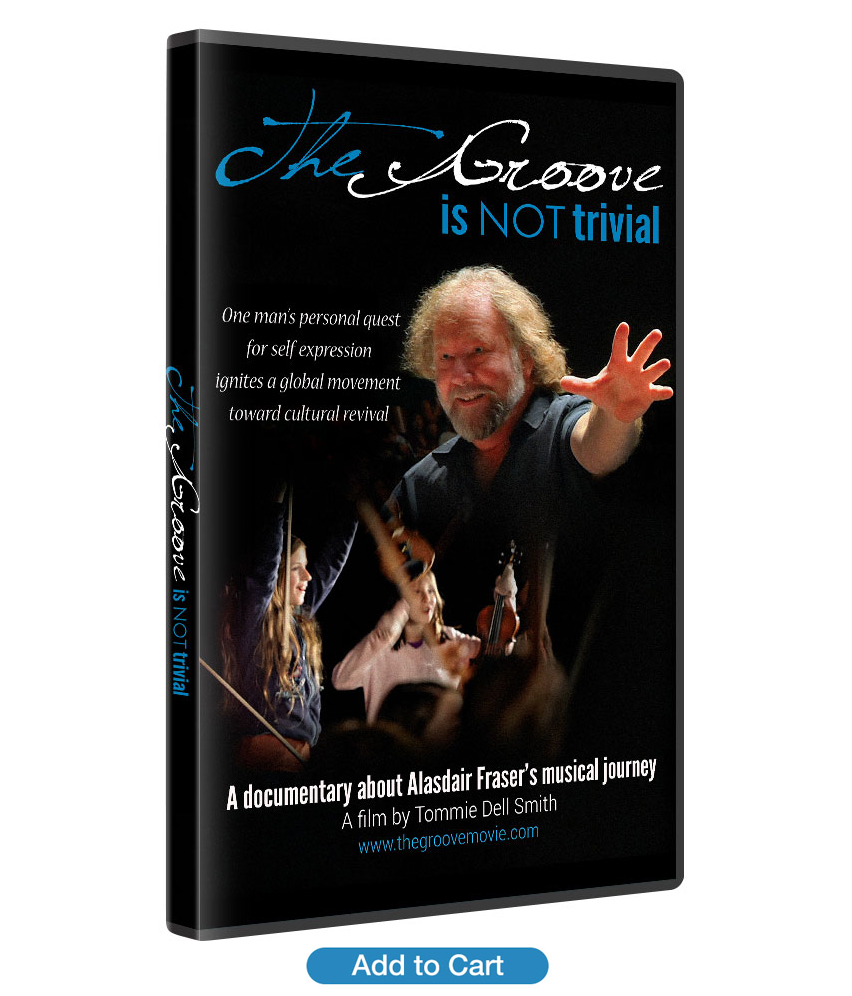 The Groove Is Not Trivial DVD $250

SYNOPSIS: The Groove is Not Trivial is a feature documentary about master fiddler Alasdair Fraser’s personal journey in search of self expression, a quest that has led him to dig deep into his Scottish musical roots. There he finds a universal pulse —a  groove —a through-line from the past that sparks hopeful possibilities for the future. The irrepressible Fraser proves that the groove in traditional music transcends toe-tapping fun – it can be a source of personal and political liberation.

The Groove is Not Trivial is an engaging and inspiring film about the power of music to connect individuals and communities. A timely and needed addition to the teaching ethnomusicologist’s classroom resources, this documentary invites conversations about how music moves across borders and is made relevant by different communities, and explores questions of individual agency in tradition-bearing.
–Kathryn Alexander, Ph.D.
University of Arizona Honors College, Tucson

I am most impressed by this film. In fact it is one of the finest documentaries on the theme of traditional music that I have ever seen.
–Mick Moloney
Irish musician and Folklorist
NYU Global Distinguished Professor

I just watched The Groove is Not Trivial and enjoyed it immensely. In addition to being so beautifully produced, the film deals with many issues such as the connection between music and identity, the transmission of culture, the role of individual musicians and of course the groove, which are all major concerns of ethnomusicologists.
–Terada Yoshitaka
Center for Cultural Resource Studies
National Museum of Ethnology
Osaka, Japan

Tommie Dell Smith’s The Groove is Not Trivial is an emotionally impactful, powerfully rendered document of the fragility of culture; a vital message in today's increasingly globalized world.  Alasdair Fraser is an engaging musician who takes us on a personal journey through the ramifications of English imperialism on the musical culture of Scotland. With a glint in his eye and a fiddle in hand, Fraser and his musical collaborators joyfully celebrate the ideas of self-determination with toe-tapping vibrancy.  The fiddle, once so heavily persecuted in Scotland, becomes a metaphor for the road to understanding the various independence movements around the world today.  “The Groove is Not Trivial” is ideal for use in the classroom as an example of thoughtful, painstakingly well-produced filmmaking, as well as an outstanding prompt for discussion of music, culture, and identity.
–Professor William McDonald
Vice Chair/Head of Production
Department of Film, Television & Digital Media
UCLA School of Theater, Film & Television