THE GROOVE IS NOT TRIVIAL made its International Premiere this summer at the 71st Edinburgh International Film Festival, the world’s oldest continuously running film festival. THE GROOVE was selected for the festival’s Documentary category from among thousands of submissions from around the world, and was chosen to be represented at the Festival’s presence at Cannes Film Festival in their Spotlight on Scotland. According to festival representatives, “The rise in popularity of documentary cinema has been a remarkable trend in recent years.” We are thrilled to have been invited to present THE GROOVE to Scotland at this prestigious event. Tommie and Kate were there for an emotional conversation following each of the two screenings. Editor Elizabeth Finlayson and son A.J., and architect Tyler Kobick, who designed our wonderful movie title and logo, came from California, and we were joined in Edinburgh by Alasdair Fraser’s sister Christine Yorston and brother Iain Fraser and wife Ruth, plus our good friend Carley Williams Leith.

“Bookended by the universal theme of music as a catalyst for cultural revival, Tommie Dell Smith captures the irrepressible fiddler Alasdair Fraser’s global odyssey from his native Scotland to California and on to Spain, by honoring the transformational power of both music and film in her toe-tappingly beautiful, The Groove Is Not Trivial.”

Director Smith first met Fraser when her daughter joined the San Francisco Scottish Fiddler’s Club. Over time, the film director grew to appreciate the master fiddler’s belief that traditional music can have a profound impact not only on an individual, but on the future of an entire culture. Filming and sound recording took seven years and thousands of miles of travel from Northern California to Scotland, Nova Scotia and Spain, but that alone is not enough to make a film this great. The masterful editing shares sights and sounds so brilliantly, you can taste and feel the energy pouring forth. Underlying all, is the brilliantly presented story of “subversive empowerment” with musical people joining together to create a glorious future. 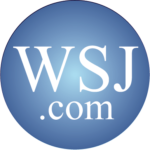 World Premiere of THE GROOVE IS NOT TRIVIAL at Mill Valley Film Festival Oct. 9 and Oct. 10, 2016

The festival will also present a special performance by Alasdair Fraser and Natalie Haas as a part of the celebration. Thank you Mill Valley Film Festival! We think this is the perfect venue to officially present THE GROOVE IS NOT TRIVIAL and we’re so proud to be a part of this prestigious festival. As Alasdair would say “Join us!” More info here.